Realizing that your marriage is over can be overwhelming. You might be 100% sure that you are ready to get divorced, or you might be uncertain if it’s really the right choice to make. In either case, you have several options on how to end your marriage or domestic partnership. In this blog, our Orange County Family Law attorneys explain the differences between a divorce, legal separation, and annulment. 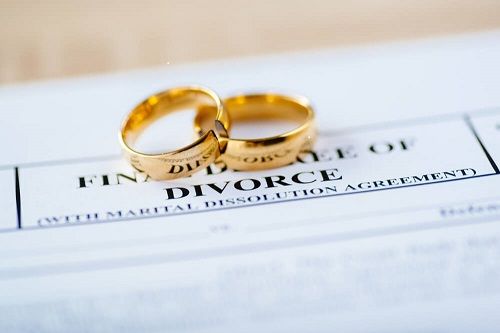 When a couple gets a divorce, they are ending their marriage or domestic partnership. Once the divorce is finalized, either party will be single able to marry another partner again. Since California is a “no-fault” divorce state, neither party has to prove the other person did something wrong that caused either of them to seek a divorce. Instead, you can state that you have “irreconcilable differences” with them.

During the divorce process, you may have to ask the judge to make orders about some or all of the following:

The process will take a minimum of six months from the date the person filing for divorce serves the other person with the divorce documents. However, depending on several factors, the case can last much longer than six months.

If you are not quite ready to get divorced, you can ask the court for a legal separation instead. A legal separation does not mean that your marriage is over. You will not be able to marry or enter into a partnership with someone else if you and your spouse are legally separated.

Couples choose to get legally separated instead of divorced for many reasons. Some of these include:

When some marriages end, the couple wants to treat it like it never happened. In these cases, they will need to get an annulment if that is allowed under their particular circumstances. This means the marriage or domestic partnership is not legally valid. Essentially, it never happened because it was not legal.

There are several reasons that a marriage can be declared void. If the marriage is incestuous or bigamous, it is never legally valid. However, other marriages or partnerships may be voided in the following scenarios:

If you are seeking an annulment, one of these reasons must be proven to be true in your case to officially void the marriage. You would most likely have to go to a court hearing in front of a judge to get your marriage or domestic partnership annulled.

Which One is Right For You?

Depending on your goals, one option might be better for you than another. If you are ready to move on with your life and do not wish to be with your spouse, a divorce can allow you to begin healing and start a new chapter in your life. However, depending on your particular circumstances you might want to consider a legal separation rather than a divorce. No matter what you decide to do, the experienced attorneys at Moshtael Family Law are here to help you through the process.